Lloyds Bank raise over £25,000 for Techniquest

The science discovery centre in Cardiff Bay was chosen as the recipients of the bank’s fundraising efforts earlier this year. 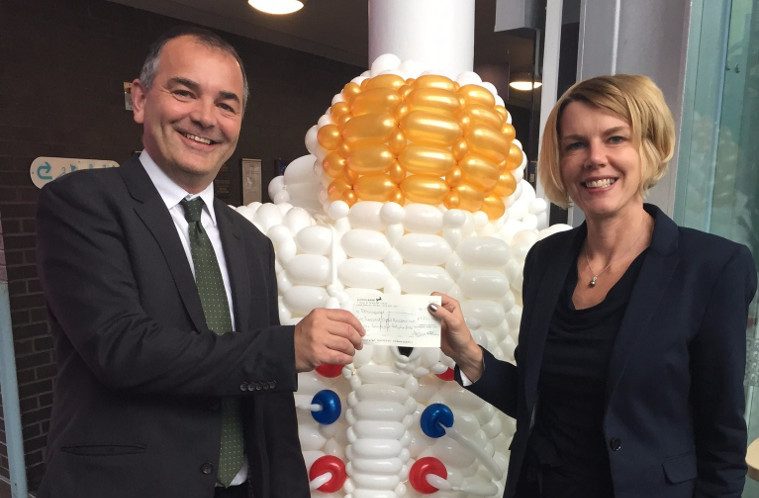 Since then it has hosted two events in support of the charity, which is Wales’ largest provider of science, technology, engineering and mathematics (STEM) enrichment activity.

Techniquest were the stars of Lloyds’ Einstein-a-Go-Go fundraising ball a few weeks ago, where £16,000 was raised through a raffle and silent auction.

Hosted at the Mercure Cardiff Hotel, the fundraiser welcomed over 200 people who enjoyed a three-course meal and a night of entertainment, including a guest appearance from Britain’s Got Talent’s The Balloonatic.

While back in May £10,300 was raised at a musical extravaganza held at the science discovery centre where guests enjoyed performances from Mark Llewellyn Evans, Manon Ogwen Parry, Alexander Johnson and Pendyrus Male Voice Choir.

With few people knowing that Techniquest is a charity-based organisation, both events helped raise the profile of the much-loved institution which has welcomed over 5m visitors since its opened 30 years ago. Lesley Kirkpatrick, CEO at Techniquest said: “We have been overwhelmed by the support from Lloyds Bank and are indebted for the support they have given us.

“We have so many exciting plans for the future to develop Techniquest and the significant amount raised by Lloyds will make a huge difference. It’s crucial that we invest in our offering so that we can continue to inspire and engage the next generation in STEM and in turn support the Welsh economy.”

Jonathon Cave, relationship manager at Lloyds Bank, said: “Techniquest has such an important role to play in Wales. Through both in-reach at its science discovery centre attracting communities across Wales and outreach at schools across Wales, it is very successful at making science both fun and engaging. To ensure the charity has a sustainable future and can develop its offering further, we were more than happy to support them.

“We’re delighted with how much we’ve raised which we know will be put to good use and want to thank all the guests that joined us at our events.”