Scienctivity – a guest blog by Pyka

Well well. What an outrageously busy time it has been. Our usual summer holiday down time has been overrun with new exciting breakthroughs and opportunities. Lots of things are changing. On top of this our creative digital engagements are finding their way into new territories and landscapes. One engagement of which emerged as part of our involvement in this year’s Festival of Innovation, which saw pyka engaging families with Wales’ most beloved science venue, Techniquest.

The festival saw all sorts of digi-centric companies showcasing their products outside Techniquest’s Cardiff venue earlier this summer. We were kindly invited to showcase our creative digital tools at the festival, and in true pyka fashion, the best way for us to do this was to use them as they were intended; by picking them up, taking them into interesting spaces, and using them as a gateway to site-specific creativity.

So we did just that, and Techniquest very kindly obliged. So with our enthusiastic participants, equipped with iPads and our creative sound app pyka_loop, we stepped through the front doors, explored the exhibits, and sought out ways in which we could repurpose their scientific attributes to generate interesting and useful creative sound. 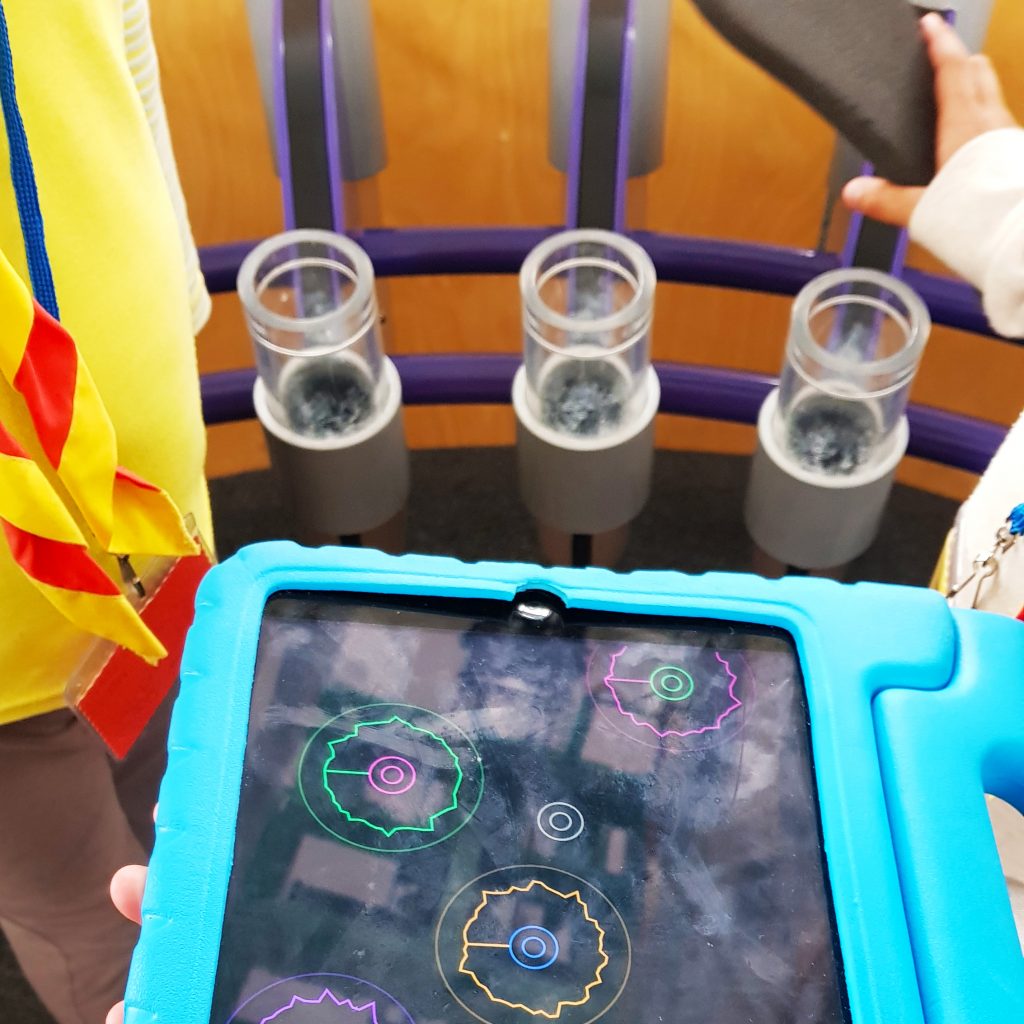 …and all the while, it got us thinking. About art. About science. About our personal passions for the two, and the revelations that they both depend on very similar processes.

Of course, for us (at the risk of sounding like armchair scientists), this reflective daydream started with Einstein. Genius. Revolutionary. A man who shook the entire world of science, just when everyone thought our understanding of the universe was basically complete. Newton had cleared up our understanding of ‘the big’, describing the heavens by invoking gravity, and our understanding of ‘the small’ came into focus with the atom, an indivisible (*ahem…*) building block that made up everything around us.

Everyone was happy. Most were content. But then came the ‘thought experiments’.

That’s right. Einstein made his most outstanding discoveries, which challenged the agreed perceptions of our universe at that time, by summoning visual imagery and scenarios which he played out in his mind in order to test his ideas. Chasing after beams of light on a bike. Traveling on superfast trains away from mirrors. Imagination at its finest. The sheer scale and impact of his discoveries is an immense testament to how valuable a creative mind-set is within the scientific process. And those discoveries are still standing strong to this very day. Just think about that… his formulation of General Relativity began as an evocative and even playful visual scenario, he simply expressed it in the form of words and elegant numbers later.

But let’s move a little deeper here. Creativity extends beyond the theorists. As well as a successful process for generating hypotheses, it’s also a crucial component in testing those hypotheses. The curation of experimental processes is a much more tangible form of creativity we might all be familiar with. Enter the engineers. Imagine needing to develop an apparatus that proves the existence of an idea? The level of inventive ingenuity required to pull this off is undoubtedly of the highest caliber. One that dances on the lines of artistic craft and scientific intuition. Such results? Just take a look at the LHC at Cern in Switzerland… and yes, it found what it was looking for.

The list goes on, spanning different areas of focus: Ada Lovelace and her numbers that could represent anything. Michael Faraday and his glass brick. Those flashes of creativity have continually played out within scientific practice. However, as the centuries have gone by, there’s an almost publically accepted separation of the two when it’s quite apparent time after time, they are both the same thing; the same process. And it’s curious… when it comes to this separation it seems that it’s the artistic community and not the scientific community which drives a wedge between the two, but we can trust in Richard Feynman to put that right:

And it was in recent discussions we had with our friends at the Institute of Physics, where they summarised this point beautifully:

“Simplicity, usability and elegance are what scientists strive for. The scientific and creative processes are two sides of the same coin. Both use experimentation and exploration to gain understanding, but through differing methodologies and processes provide their own insights about the world around us.” Dr David Cunnah, National Officer (Wales), Institute of Physics 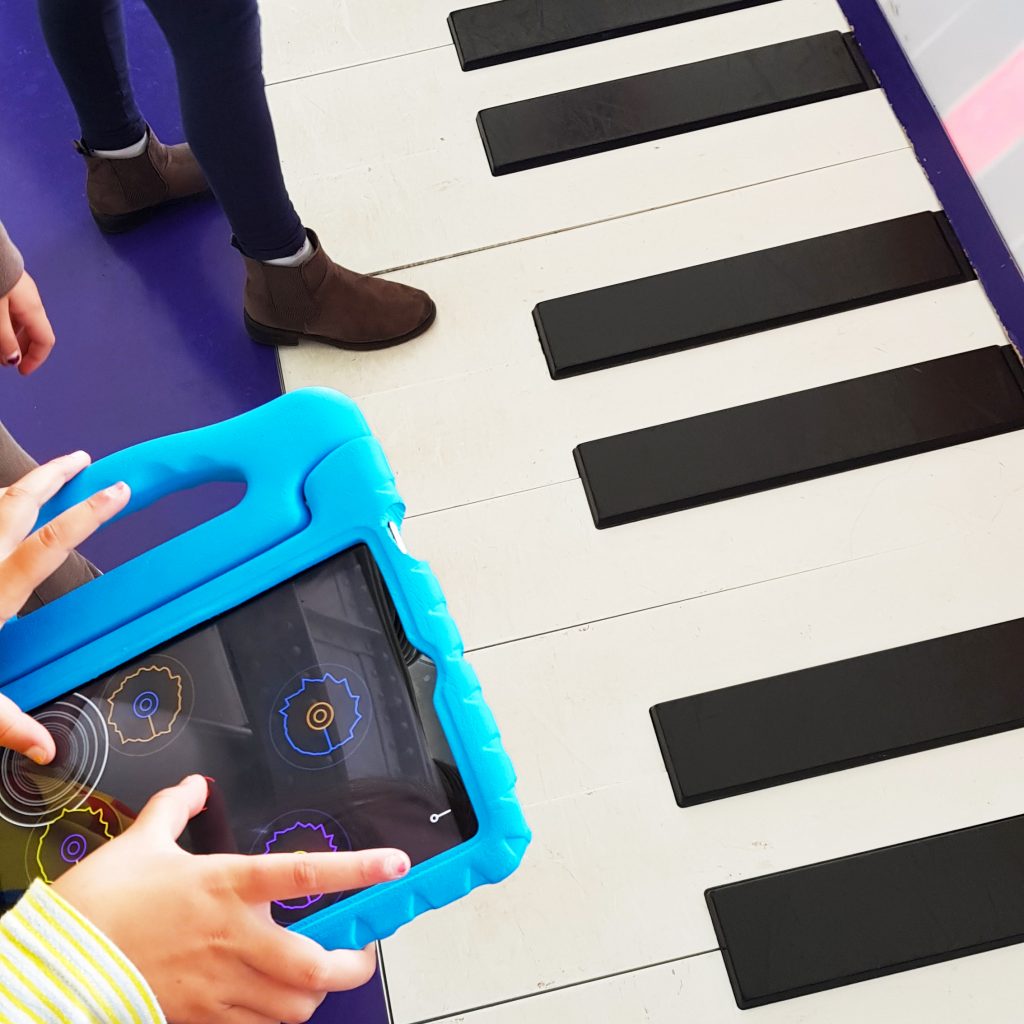 …and here ends our daydream on scienctivity. 3. 2. 1. Back in the room. Or should we say, back at Techniquest, recording and remixing the wonderful sounds of interactive science exhibits.

On conclusion of this engagement, we gathered up all of the sounds captured and created at Techniquest, and we’re proud to present The Quest Effect, our latest looper release now available on Spotify and Apple Music, created by our wonderful participants at this year’s Festival of Innovation. Congratulations to everyone who contributed their creative waveforms and a big thank you to Techniquest for allowing us to conduct these sound experiments in your wonderful venue. We certainly hope our worlds come together once again very soon, because after all, there’s very little difference between the two.