Something fishy is going on at Techniquest

Home > News > Blog > Something fishy is going on at Techniquest

If you’ve visited Techniquest recently, you’ll probably have noticed the large aquarium that sits between the ground floor retro zone and the café.

It’s full of brightly coloured exotic fish, darting around, showing off their dazzling hues. But it’s rather fuller now than it was prior to the pandemic. Over lockdown, the fish were very busy making baby fishes and their numbers are rapidly growing beyond the amount their environment should be supporting. 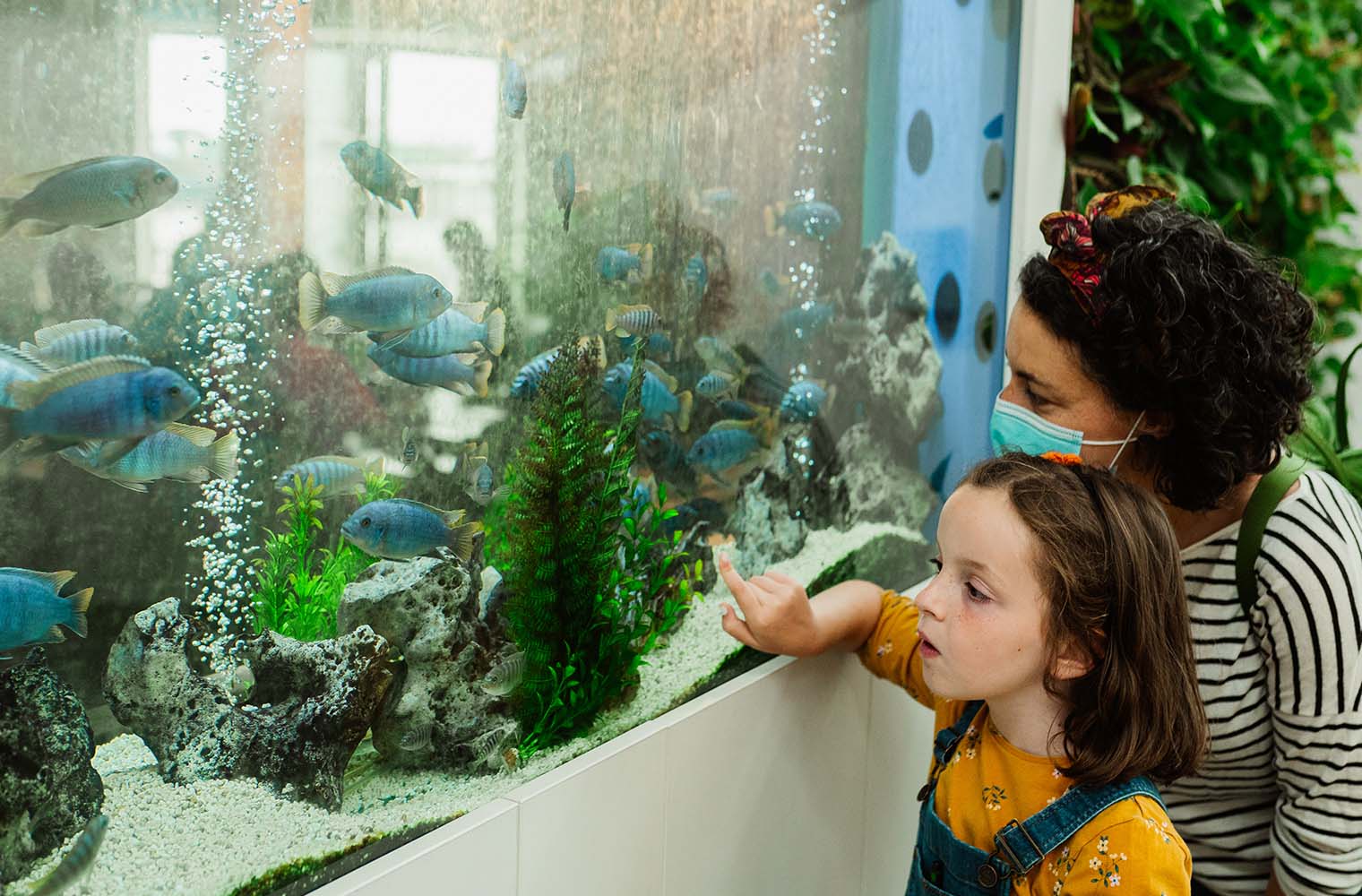 Hence, Techniquest now has around 20 fish — at the last count! — that need to leave that tank very soon. Rehoming them, however is not as simple as just finding someone who’d like a pet for a spare goldfish bowl…

They are from the family of Cynotilapia afra, a small species of cichlid fish from Lake Malawi in East Africa. In the wild, they’re found in rocky habitats and prefer a PH range of 7.5–8.5 and a temperature range of 23–27 °C. It’s an aggressive and territorial fish that really needs to be kept in a species-only or mixed mbuna tank.

“Obviously over time we were expecting the population to increase, but the scale has taken us a little by surprise.

“Clearly there was a lot of roe-mance in the air during lockdown and sometimes it’s just about being in the right plaice at the right time; gil meets koi — or Cynotilapia afra in this case — and suddenly there are lots of baby fish making an appearance.

“We’re hoping that this app-eel means we’ll be fin-undated with enquiries about taking a few of them to new homes, which will give the remaining aquatic residents here more room to roam.”

Techniquest would love to hear from anyone who might have suitable tanks and experience of looking after such exotic fish, who may be able to take a few of them away from the Bay to give them a good home elsewhere.

To find out more please contact James Summers, Head of Projects at Techniquest.