Take a walk through gaming history

Gaming has been a huge part of many people’s lives throughout their childhood and into their adult years, but did you know that gaming technology has been evolving since as far back as the 1950s?

Those of us who can cast our minds back as far as the 70s may fondly remember the ‘Odyssey’ made by Magnavox which was the first recognisable console made, and is said to be the revolutionary turning point in gaming technology. 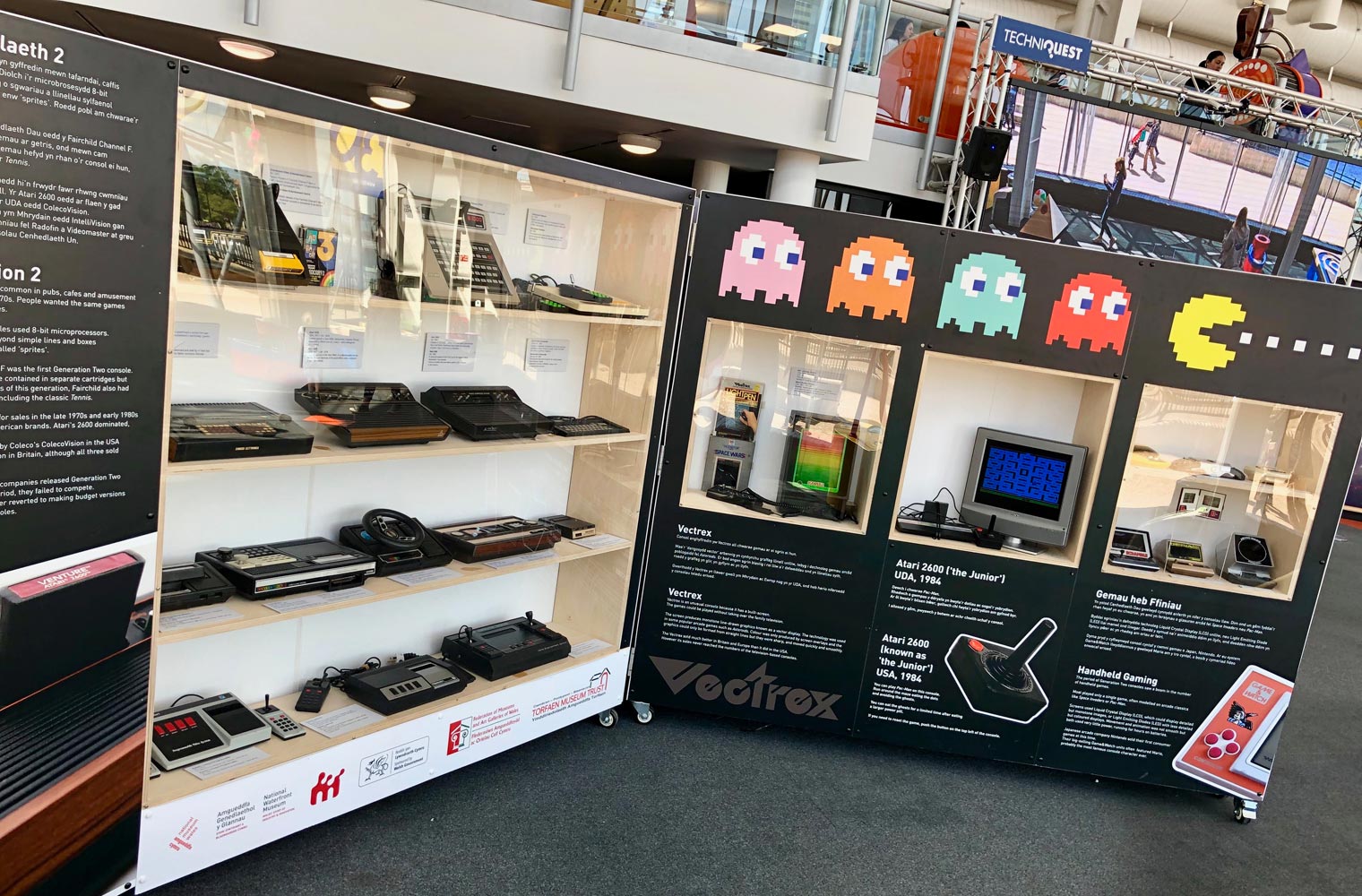 Fast forward to today and we have the likes of the PlayStation 4, where you can not only play admiring the high-quality graphics but also converse with fellow players in a whole online world through headsets and instant messaging.

Game consoles have been said to bridge the gap between board games and computers, they have never gone out of fashion. They have evolved from the once pixelated graphics of Pong, played on the Odyssey game console, to the now ultra-HD graphics and real-time gaming of Fortnite.

In celebration of all that is gaming, here at Techniquest we have dedicated a whole exhibition to its evolution through the decades.

Begin your journey in Generation One with an original Magnavox Odyssey and travel through the 70s. You will get to see the Videomaster Home TV Game MK.I which was a console that you could purchase as a build-it-yourself kit!

Generation Two will take you through to the mid 80s and you will see the Milton Bradley Vectrex, which had a light-pen for drawing on screen and had the first 3D glasses for any console.

Generation Three displays the much-loved Nintendo Game Boy that many of you will fondly remember while Generation Four takes us into the 90s and the rise of live-action video with the sensor-activated gun for the Philips CD-i.

Step in to the 2000s in Generation Five where the PlayStation makes its debut. Carry on through to Generation Six to see Microsoft’s first solo entry into the console market.

As we venture into Generation Seven the PSP and PlayStation 3 take centre stage as the advancement from the 1970s to the 2000s becomes apparent.

Finish your journey in Generation Eight with the Nintendo 3DS and a host of consoles that almost all generations will recognise.

We also have Generation Kids where a selection of children’s games through the 2000s will be on display.

The exhibition, which is on until 23rd June 2019, is divided into eight generations and will give avid gamers the opportunity to not only learn about the old-school consoles, but also try their hand at some games no longer available to purchase.

The collection has been created by local collector Samuel Anstee, from Caerphilly, and includes every console launched in the United Kingdom over the past 47 years — it’s not an exhibition to be missed!