Leading education charity Techniquest has welcomed a new recruit who is aiming to “strengthen and enhance” its future fundraising potential. 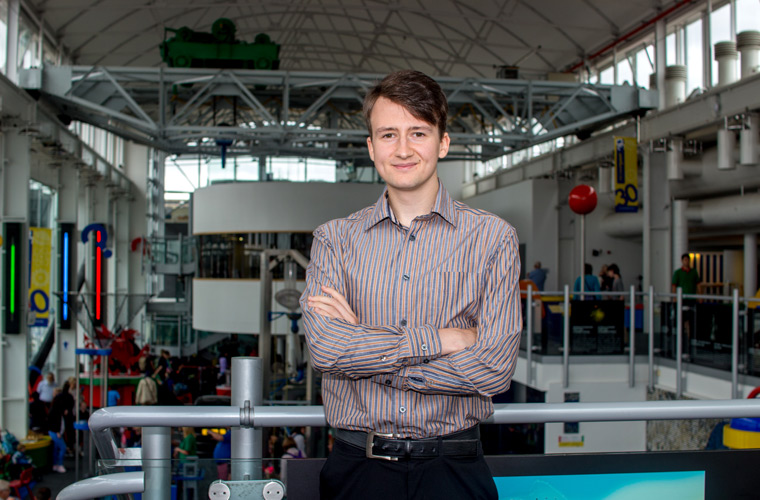 The Tonypandy resident will work alongside Techniquest’s fundraising manager Clare James to identify and secure new funding streams to ensure the sustainability of the charity going forward.

As part of his role, Mr Sampson will also help to raise awareness of the work of Techniquest, which is committed to ensuring that Wales develops a scientifically literate society through interactive STEM engagement.

Having visited Techniquest from a young age, Mr Sampson said he was excited to be working with the “iconic” scientific educational charity.

He said: “I am delighted to join the team at Techniquest, a charity which does so much to promote the benefits of STEM learning to people from across Wales.

“I myself have been visiting here since I was at school so I can appreciate the vital role Techniquest plays in supporting scientific learning. Having the chance to be a part of one of Wales’ leading educational charities is something special and a role I’m sure I will relish.

“Despite going for 30 years, many people don’t realise that Techniquest is a charity and it relies heavily on corporate supporters and visitor admission charges to meet its operating costs.

“We have a fantastic opportunity to develop the way in which we interact with the Welsh public as a charity. I would like to see Techniquest develop lots of new, exciting partnerships and gain the backing required to establish ourselves as Britain’s leading science centre.

“Our work on the fundraising team will be an integral part of that and I am excited to be able to support Techniquest in this role.”

Since 1986, Techniquest, which is home to 120-hands on exhibits, a Science Theatre, and a Planetarium, has welcomed more than five million visitors. It operates a UK-leading education programme, engaging with 145,000 pupils every year from schools across Wales, supporting teachers to deliver STEM subjects and inspiring the next generation of Welsh scientists.

Lesley Kirkpatrick, CEO at Techniquest, said: “We are Wales’ largest provider of science, technology, engineering and mathematics (STEM) enrichment activity and are on a mission to engage more people in STEM subjects. We will only achieve our ambitions with the help of others.

“We have exciting plans for the future where we hope to making our offering engaging whatever your age. We are currently on a journey and long term programme of change and re-focus. We are focusing on diversifying our revenue streams and our fundraising team is playing an instrumental role in this.

“We are delighted to welcome Abe to the team. His experience and contacts will undoubtedly be beneficial to us moving forward.”